This week’s VFL game will be a very special one for Darebin Falcon’s with four players reaching 150 games. Captain Stephanie Simpson, Nicole Callinan, Jess Dal Pos and Samara David will be celebrating this significant achievement on the weekend, cheered on by team mates, coaches, families and fans.

Commemorating together is a tradition for Simpson, Dal Pos and Callinan, who celebrated their 100th milestone game back in 2017, the last ever VFLW match played at A.H. Capp.  They have been part of history, from playing in the oldest and largest women’s AFL competition, the Victorian Women’s Football League and being part of the first ever national elite competition. The group was part of Darebin’s most successful years in the VWFL/VFLW and were all integral members in the many premiership teams of that era. Joining this group in celebrating 150 games this week is Samara David, who played her first 100 games in Western Australia and representing the state, before she joined the Falcons in 2019.

For each player, the 150 games has been their own unique journey. Named Captain in 2019, Steph Simpson continues to be an amazing leader on and off the field working tirelessly on the DWSC Committee. Simpson and David are the leading goal kickers for the Falcs this season, and Samara is also leading the league in marks with impressive consistency. Nic Callinan has featured in the best players in her return to VFL showing the elite skills and game craft after 4 seasons and a premiership with the Western Bulldogs AFL team. Jess Dal Pos continued her remarkable record of not missing a game in the ALFW with the GWS and has been a classy addition to the midfield on her return to Victoria.

Falcon’s fans are invited to come down to our home game, and to show their appreciation of these inspiring players. Read more about them by clicking on the players photo below. 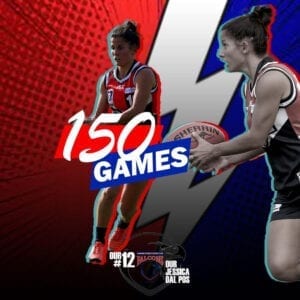 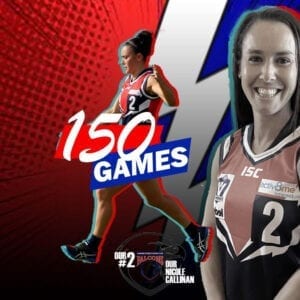 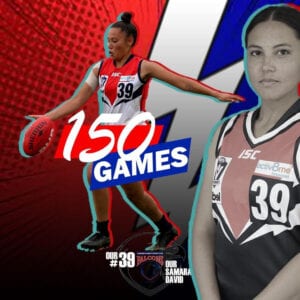 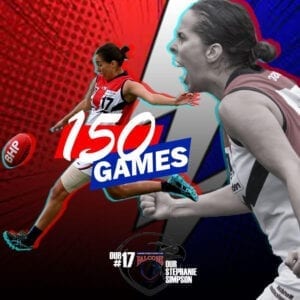