VFLW Round 7 vs Williamstown Seagulls

Flying high Darebin took out another win on the road, and are sitting fourth on the ladder at the midpoint of the 2022 competition. The Falcons celebrated their 2022 Pride Match in style this week with a gutsy win over the Williamstown Seagulls. Growing confidence in their game plans and their connections in the team, the Falcons kept their opponents goalless for the second week in a row.

Before the match, the VFLW squad reflected that it was a privilege for the group to represent the Falcon jumper in Pride round. The 2022 Pride Match jumpers were designed by U16 Darebin Falcon players Ella Wright and Izzy Baker, who attended training through the week to share their experiences and what the artwork meant for them. “Each feather has its own unique intricate details on each one represents the wonderful diversity and complexity of everyone that make up this club, it doesn’t matter how different people are, we all come together to play and have fun.” (Ella Wright, Izzy Baker) 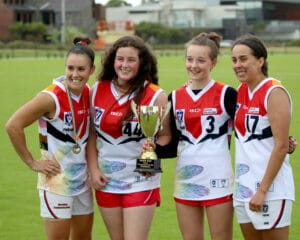 It was extra special to have the younger players running out with the squad at the start of the game, and of course, joining the team for the song afterwards. Coach Kate Tyndall reflected that one of the themes this year has been on understanding who has come before us, and their contribution. “It was only fitting to talk about the past players and volunteers who have shaped our club, which has created a safe space for LGBTIQ+ people, and for women who want to play footy (before it was cool and accepted to do so!)”.

On a blustery day at one of the most exposed footy grounds, the Seagulls were out for revenge from the Round 1 match. From the first bounce the Seagulls came out strongly but great efforts from the Falcons meant they were only able to put 2 behinds on the scoreboard for their attacking play. The Falcons created some chance of their own against the wind. Particularly impressive was the commitment to keeping the ball in the attack, with some great tackling and hard running. Nicole Callinan lead the way with a free kick won from a good tackle. Hard up against the boundary line, Callinan kicked to the square where Alyssa Mifsud was able to get some space and a good kick at goal. The shot was accurate but unfortunately touched on the way through. Later in the quarter Mifsud had another scoring shot on goal that was off line, and the Falcons went into the first break trailing by one point.

The second quarter saw more hard work and good intensity from both teams. With some solid team work, great bumps, and running in support for each other, the ball was sent forward with good intent, but not always enough depth on a windy day. Katie McAloon took a nice mark, but her kick was off line for a behind. The Seagulls attacked in the last few minutes with Williamstown’s Lori Stepnell marking 10 meters out as the half time siren sounded. On a 45 meter angle, she was only able to add one more point. The scores were level at half time with both teams only 2 points each.

Despite kicking against the wind, Falcons were more dangerous in attack in the third quarter. Millie Shone worked hard to get chance up front but kicked a behind. It was starting to look like a dour affair with goals being so hard to come by. In the last 5 minutes of the quarter, Tori Snelleksz flew for the mark and nearly had her head knocked off. She was awarded the free kick 15 meters out directly in front, and was able to go back and kick a goal. In her first game as a Falcon, this was a timely contribution against her former side.

The Falcons continued to pressure up well with some more confidence. Emma Mackay was held without the ball and again a free kick was awarded directly in front, 25 meters out. She went back and kicked the second of the quarter. Mackay continues her good form and scoreboard pressure with goals to her name in the last 4 matches.

The final quarter, the arm wrestle continued.  Vic Blackwood was staunch in defence, supported by contributions from the entire backline.  Karly McNiece took some handy intercept marks, and Sabine Cowley du Parquet with a couple of valuable clearing kicks.  The Falcons held on to their lead, letting in only one rushed behind to the Seagulls.

Kate Tyndall said the coaching group were really happy with how the group persisted through tough conditions down at Williamstown. “They continue to find a way to win, which is a promising sign they are becoming a better, more consistent team”. With an eye to the rest of the season, Tyndallsaid the second half will be a great test for the squad. “We are facing a couple of injuries and players unavailable coming up, but I know also that it will provide opportunities for others to step up.”

Next match will be Saturday 9 April Darebin hosting North Melbourne at Bill Lawry Oval, 10am 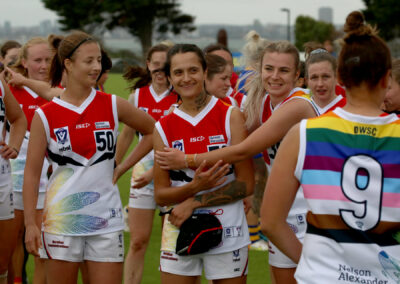 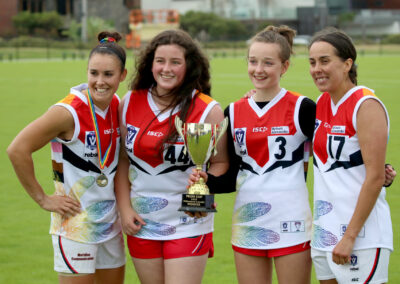 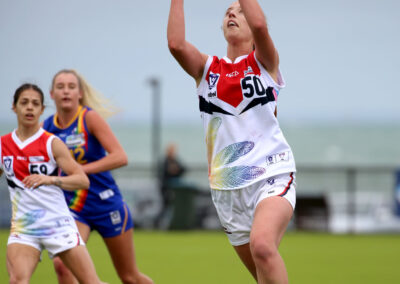 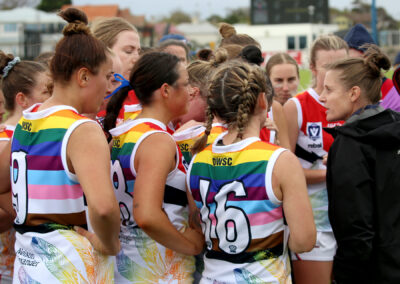 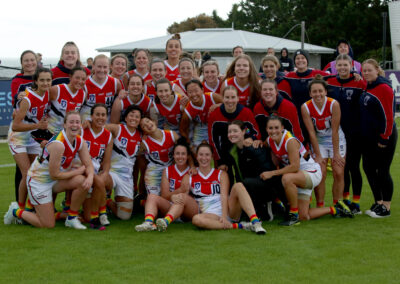 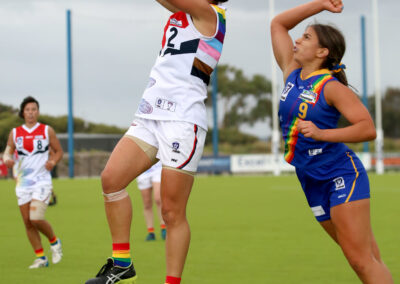 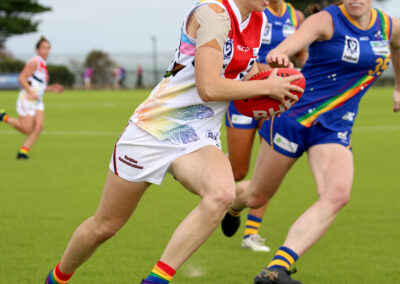 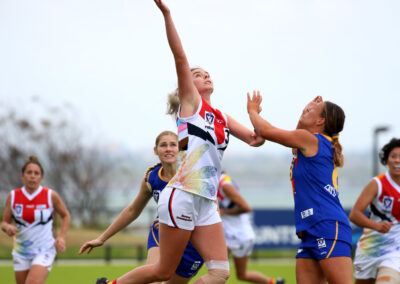 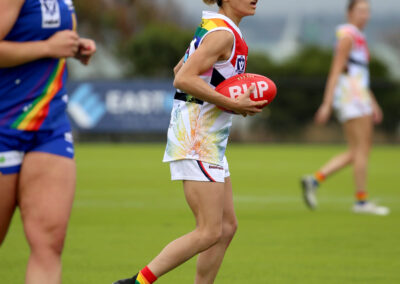 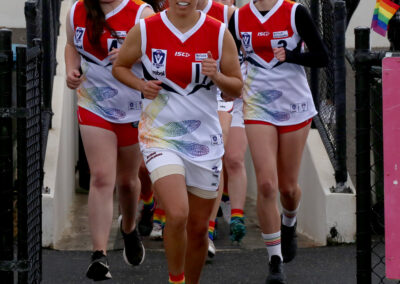 The first half of the match and all live VFLW matches in 2022 can be found here: https://www.youtube.com/user/AFLVictoria

Keep up to date through the 2022 VFLW official app with all fixtures, scores, players and stats