Morris-Dalton and Sansonetti fly against the cats in their debut with the Falcons. On Sunday, the Falcons had a fantastic 16-point win over Geelong.  Not only did we celebrate Lauren Arnell’s 200th senior game of footy, but we also welcomed two new players in Nell Morris-Dalton and Sarah Sansonetti. Both of these Northern Knights superstars truly impressed and we are thrilled to have these talented players wearing the red, white and blue.

Nell Morris-Dalton capped off a terrific season for the Northern Knights, starring with three goals to help them secure the Grand Final win. She then headed up to the Gold Coast and continued her good form in the U18 Girls National Championships, showing recruiters why she’s likely to be a high draft pick.

This was further supported by her performance in her first VFL game on the weekend against Geelong Cats. In a dominant display in the forward line, Nell kicked the first goal of the game and worked hard up and down the ground all day. She was strong overhead and took a number of critical marks against her AFLW opponent in Bec Goring. A clever goal in the fourth quarter gave the Falcons the boost they needed to get home with a comfortable win. Nell finished up the round with being named in the VFLW team of the week, which is a great achievement for her first game.

Sarah Sansonetti was our second debutant and played a critical role down back for the Falcons in her first VFL game. Sarah has recently finished at the Northern Knights, leaving a 2019 premiership player and joined Nell in the Gold Coast to help the Vic Metro side to win the championships.

Sarah’s composure under pressure and elite kick were on display in the Falcons match against Geelong. She made a solid contribution finishing with 14 disposals and five rebound-50s, showing recruiters that she is able to have a big impact at senior level.

Both Nell and Sarah have continued their successful seasons by being invited to the 2019 NAB AFL Women’s Draft Combine in October. But for now, we’re excited to see them both play in the Falcons jumper this Sunday against the Casey Demons. 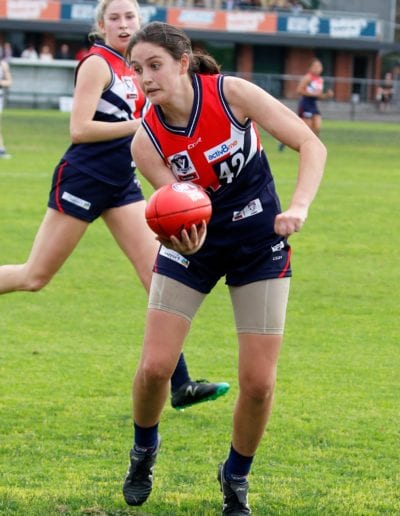 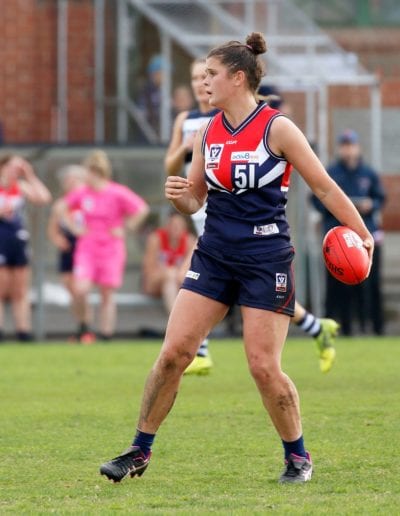 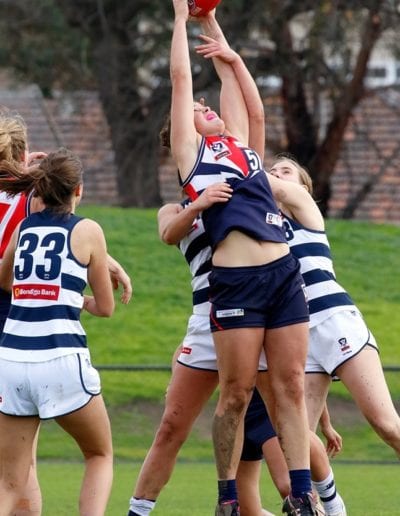 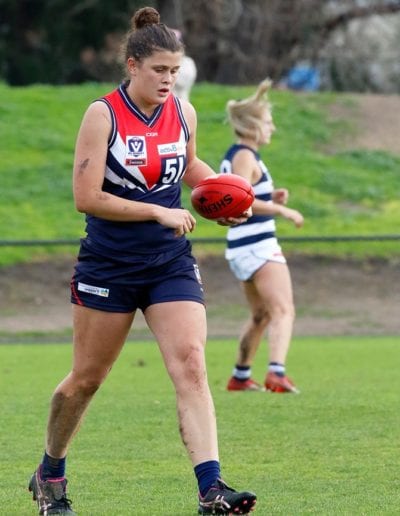