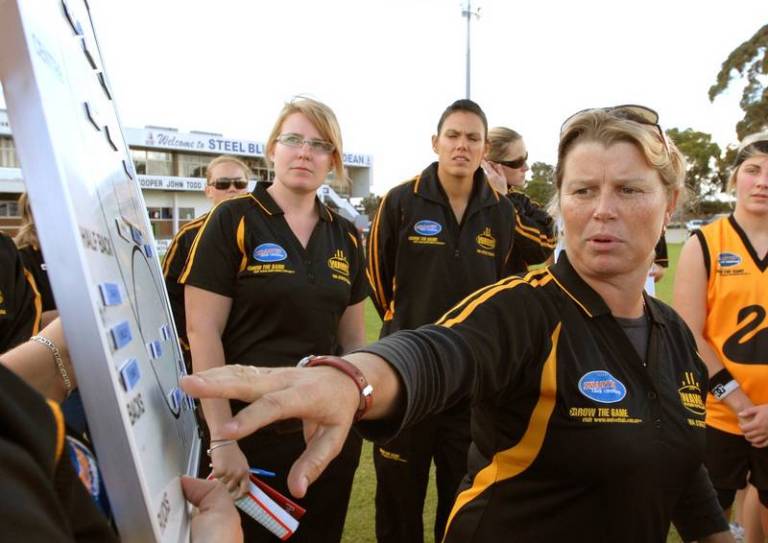 Former Falcons President and Aussie Rules player Nicole Graves has become the first female appointed as an assistant coach in the Western Australia Amateur Football League (WAAFL).  Nicole from Creswick in country Victoria was a long time Team Manager for Victoria and was the first full time Female Development Manager at Football Victoria before moving West.

“I hope that it breaks some barriers,” Nicole explained.

“The challenge for the boys is to hear what the words are saying rather than who it is coming from,” Shane said.

“I knew they’d have no problem with it,” Shane explained when quizzed about how the player’s would handle having a female coach

The Darebin Falcons would like to wish Nic Graves Good Luck for her assistant coaching position in the WAFL.