The Falcons have finalised the VFLW coaching panel for 2019 with four Falcons Legends signing on as assistant coaches under the leadership of Head Coach Michael Ericson. This all-star coaching panel includes an AFLW player, an Olympian and have a combined AFL experience of 540 games!

Hammond joins the coaching panel as forward line coach, after holding the position of AFL Under 18s Coach in 2018. A role which she excelled at, winning the ACFA Norther Region Female Football Coach of the Year Award.

Hammond has a long list of achievements in elite sport. She represented Australia in handball in the 2000 Olympics, competed in the 1999 World Championships and competed internationally for 2 years.

Hammond’s AFL career is equally inspiring playing footy at the Falcons for 11 years; winning 11 premierships over her career and clocking 240 games! On top of all of her on field achievements, she is also a life member of the Darebin Women’s Sports Club.

Chiera is a legend of women’s football and held the position of backline coach for the 2018 VFLW team. This year, we will see Chiera turn her focus onto the Falcon’s midfield.

No stranger to the Falcons, Chiera joined as a player in 2010 and played 89 games and has won 3 premierships. She held the prestigious position of Darebin Falcons Club President for 2 years and has also coached Division 2.

Chiera is an important asset to the team, both on and off the field. Having held the role of AFLW Welfare Manager for the Carlton FC, Chiera brings a wealth of valuable experience.

Further strengthening the Falcon’s VFLW coaching panel is veteran backliner Shevaun Hogan. Hogan has over 10 years’ experience at the Falcons and another 6 years at other clubs. She is a 5-time premiership winner, has played 195 senior games, and represented Victoria in the AFL State Team in 2011.

Hogan brings a wealth of experience to the coaching panel and has a long list of Falcon’s accolades. She was awarded ‘Club Person of the Year’, ‘Coaches Awared’ and ‘Player’s Player’ in 2015.

Having played football since the age of 8, Hogan had intended to still be playing in the VFLW team this year, but is in recovery from an ACL injury and was thrilled to have the opportunity to help develop the next generation of Falcons.

Kate Tyndall closes out this all-star coaching panel and will provide support to the VFLW squad as Development/Bench Coach.

After spending a year in the AFLW system at the Western Bulldogs 2017, Tyndall returned to the Falcons in 2018 and led the VFLW team as Captain.

Tyndall retired at the end of 2018 having played 110 games of Senior Footy over a career of 7 years. Tyndall also has experience in netball and basketball.

We know these amazing Falcon’s legends will provide our VFLW squad with an incredible amount of support and expertise for the 2019 season. Bring on round 1 and go Falcons! 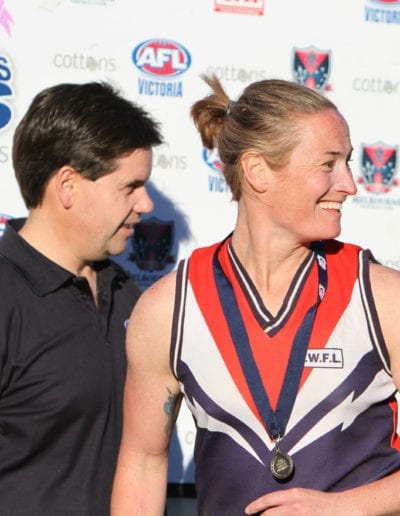 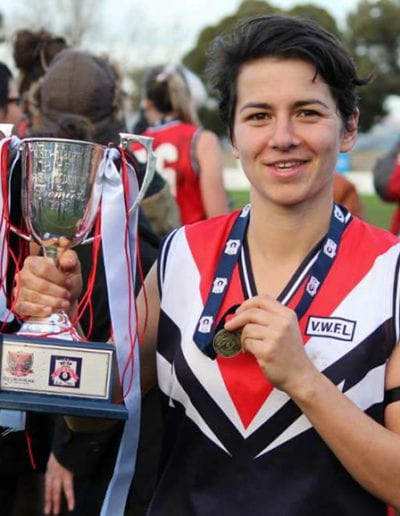 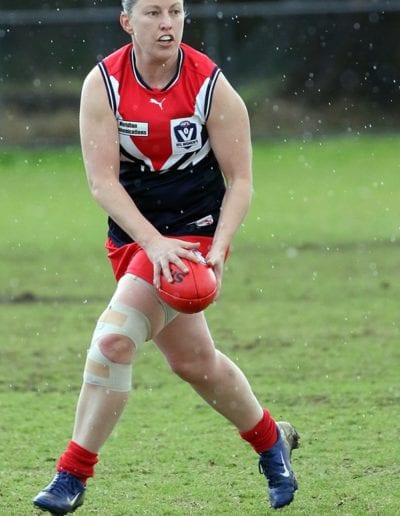 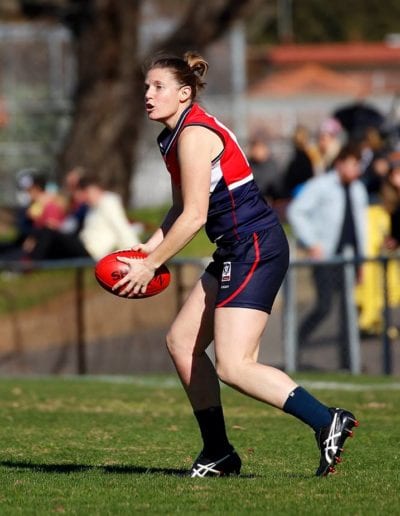