Congratulations go out to a Falcon stalwart Long standing club Treasurer and current Social Coordinator, Sarah Hammond can also add a number of her 15 years of football playing experience, to her contribution down at the DWSC. She has played for Melbourne University, St Kilda and is now in her 10th season at Darebin Falcons.

Sarah has represented Victoria 6 times and took part in the International Rules competition in Ireland in 2006. Hammo has won 2 Best and fairests, one at Melb Uni and one at Darebin in 2008. She has won 9 premierships in her AFL career as well as giving back to the club off the filed as part of numerous committees.

This week we would like to congratulate Hammo as she runs out for her 200th game. Well done Hammo, a great football career and a great achievement. 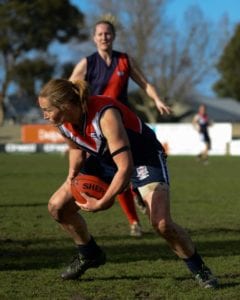 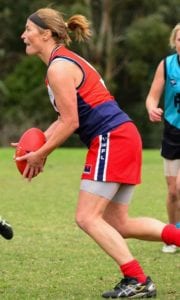