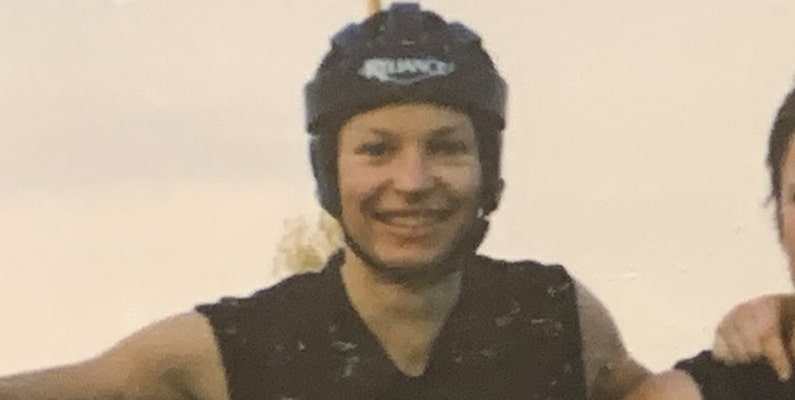 Yasmin Horsham was a champion of our game on so many measures. She was an outstanding individual footballer, a great team person and a stellar friend. She also had an enormous fighting spirit and respect for life. At 26 she was diagnosed with a brain tumour and whilst she recovered and continued to play at the highest level available to us at the time, she suffered several reoccurrences and passed away earlier this year at the age of 49.

Like most women of our era, Yasmin was an outstanding athlete who fell in love with playing AFL as soon as she ‘found’ it. Prior to her AFL career, she had been a national standard underage javelin thrower including participating the Mt. Sac Relays in the US with other aspiring Australian athletes.

Yasmin played AFL in the then Victorian Women’s Football League (VWFL) from 1991 to 2001.

She played with the Ballarat Lions, Fairfield Falcons and the Parkside Magpies. In putting together her list of achievements, I acknowledge that I am not sure if it is 100% correct, but it’s close and certainly captures the standard of footballer she was. As people read this tribute, I am very happy to make adjustments, so the record is correct: Yas missed two full seasons, one as she recovered from her first brain tumour and one following a knee reconstruction.

Yasmin was a tall, strong key position player who spent most of her time in the ruck or kicking goals. She comfortably kicked 45-50 metres and took a beautiful overhead mark, equally happy on the lead or crashing the pack. Yas played with a fair amount of flair, so much so that her first coach, Rosie Scott (Scotty) called her ‘Razzle Dazzle’…hence her nickname of ‘Dazzle’. She also played a fair and physically strong brand of football and was respected by opponents; this was demonstrated by the support she received from across the league during her recovery from cancer.

I was fortunate to play most of my footy with Yasmin and like every footballer who ever played the game and ever will, we loved the camaraderie, the physicality and bond that comes from being a part of a unit. Winning premierships was always the ultimate goal, but in our era, where the variation in skills across any side was large, pulling on the Big V was also a highlight. One of the attractions was the joy of playing with the best players from across the league who we had such a great respect for. As a former player and now a board director of the Carlton Football Club, overseeing the women’s program, I am a huge fan of the AFLW. Like so many others, I spent the week leading up to the 03/02/17 managing pre-match nerves and I spent periods of the day before and during the first ever AFLW match in tears. Tears of excitement and joy that women and girls finally had ‘our’ Australian game available to them at the highest level. I was also so pleased for the women who had fought so hard to make it happen, many still engaged in the game today. My commitment to gender equality took a different path but my thanks to and respect for those who remained in footy is immense.

This tribute is not the place to analyse the AFL; overall, I was overjoyed with the initial commitment, pleased with the ongoing efforts and proud that the game is moving forward. To date, the contributions of many women to the VWFL/AFLW have been recognised, Ann Rulton, Debbie Lee, Lisa Hardiman, Sue Alberti (there are others) but when I sat down to put this tribute together, I had to look through old photos (in photo albums…) and call friends to piece the bits together. As it happens, I am on annual leave and have time to go down the wormhole, otherwise I suspect the passing of an early champion of our game would have gone unmarked. 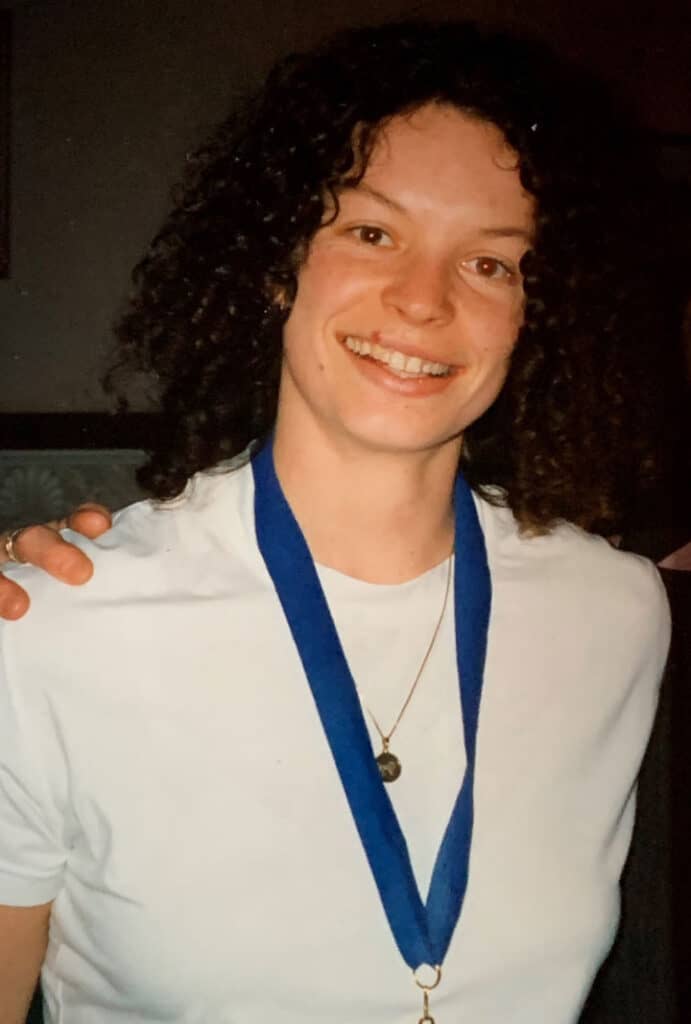 I am a fan of looking forward, creating a better world for women and girls and securing genuine pathways for women to play our great game, but perhaps we also need to take the time to ensure the past is recorded and shared. When I looked at the VWFL Silver Jubilee plaque, I noted that the league was established in 1981, meaning that 2021 will mark 40 years since the league which provided the foundations for today’s women’s game, was established. Perhaps it provides a good opportunity for the AFL to work with interested parties to record the history in an accurate and respectful way.

I am not someone to compare eras or make claims about players of ‘my’ generation who could be playing AFLW now, but I was fortunate to play with some highly talented footballers (and be supported by committed administrators) and it’s appropriate to recognise them for their contribution to the game.

Yasmin Horsham was most certainly a champion of our game and I am proud to have been a friend and teammate.