📸.   @Rob Lawson Photography
Nic Callinan started playing footy as a favour for a friend in 2006.  Her friend’s dad was coaching at Melton Central’s WFC, and they were short of players.  At that time, there were not that many teams for the south/west division competition.

What does she remember about that game?

Lots of running! I played on ball and not knowing a lot of structures as a team, just followed the ball & got as many touches as possible! Haha! And the tackling & physicality of the game took me by surprise a bit! Lol ….but now I love that part!

Footy was just a part of Nic’s active life, taking part in everything on offer including cricket, basketball, netball.  A talented indoor cricketer, Nic represented both Victoria and Australia, and in 2007, was part of the winning team at the Women’s Indoor Cricket World Cup in Bristol, England.
Nic joined Darebin Falcons in 2012, fitted in on field as a versatile, hard-running defensive midfielder, and off-field as a supportive and welcoming club person.  She was part of the Darebin Falcons Premiership team in  2013, 2014, 2015, 2016, 2017. Drafted by the Western Bulldogs in 2016, she made her debut at Whitten Oval in the opening round of the 2017 season.  She played every match in her debut season, and the following year, rounding off with an amazing performance I the Bulldogs 2018 premiership win.  At the end of 2020, Callinan called it time after 24 games in the national competition.

I have so many highlights and favourite memories –  all the premierships I was a part of at the Falcs and also the AFLW Western Bulldogs premiership.

My favourite thing about Falcs would be just playing with your mates/family, who show so much passion, team love and values, respect and pride for the club, the game and each other! More than the stats, Nic’s contributions over her career so far have included a wealth of experience and skills in athlete wellbeing.

With nearly 20 years professional experience as a Remedial Massage Therapist, Nic has been part of the leadership group with Darebin 2018, and with the Western Bulldogs 2017- 2020.

She was the Under 22’s Player mentor, and AFLPA player delegate – 2017-2020, as well as her ongoing role as a Player Wellbeing Mentor at ST. Kilda Football Club.  Nic has also contributed to the Falcons StrongGirlsWIP project, sharing her health and fitness tips.

Congratulations on 150 games Nic. It has been a pleasure to play a long side you for so many years. You always bring a positive and determined attitude as well as the most genuine care for your team mates and your friends. You should be very proud of all you have achieved in your 150 games and the positive impact you have on Women’s football.

Falcons fans were excited to see Nic pull on the red, white and blue in her return to the VFLW Darebin squad in 2021.  With her elite skills, and hard running work ethic on display, Nic has brought game smarts and leadership skills to offer the Darebin youngsters this season.

I am extremely grateful to have Nicole as a team mate and friend. She is the ultimate team mate and you can always rely on her to have your back. Nic is a great leader who everyone loves having around the club. We played our 100th game together and are now back playing our 150 th together which is really special. Congratulations on your achievement Nic. Thank you to Nicole’s Player Sponsors in 2021 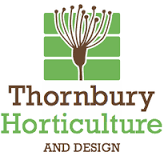