Congratulations to senior AFL Falcon Nat Exon for her appointment as the newest rookie down at the Carlton Football Club. 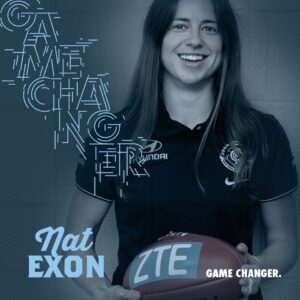