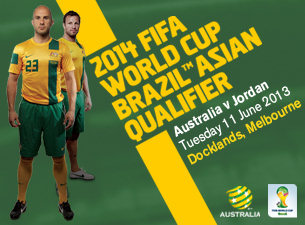 Some of our smallest Falcons will take the field at half-time during the Socceroos vs Jordan World Cup Qualifier this Tuesday at Etihad Stadium. Four girls from the Falcons Under 7 junior soccer program will be playing at half-time in this cruicial match for Australia if they are to make next year’s World Cup. Darebin Falcons are one of only 8 club providing junior soccer players for the half-time games. Head along to the game on Tuesday June 11th, kick off is at 7pm and support Australia and the Falcons!