The Darebin Womens’ Sports Club would like to congratulate the following people who are celebrating milestone games this weekend against VU St Albans.

All 4 players will be taking the field against St Albans in what will most certainly be match of the round.  For more information about their superb careers, read on…. 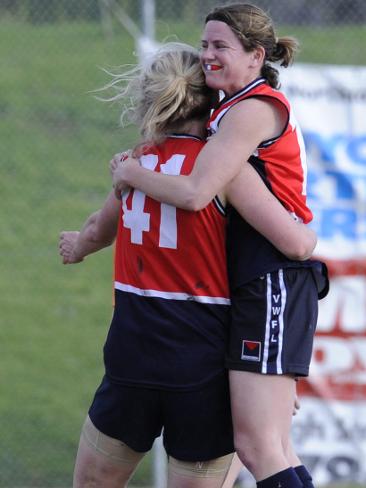 Natalie started her playing career with Melbourne University and more recently at the Falcons. She has represented Victoria on 8 occasions, being named in the All Australian side 3 times. She is a club best and fairest winner for Melbourne Uni 3 times and after moving to the Northern Territory for work, she represented NT at the national carnival.  Natalie is known for her pace and determination on the footy field. 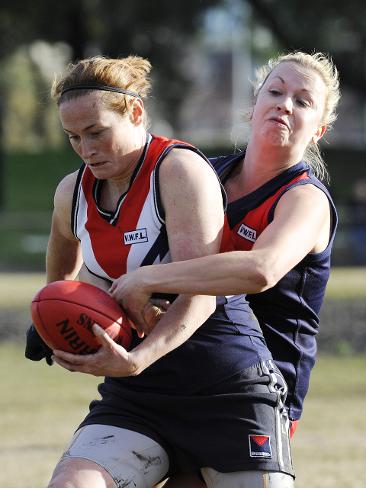 Sarah also stated he playing career at Melbourne University and then a season at St Kilda. Sarah represented the big ‘V’ on 5 occasions and has been a club best and fairest at both Melbourne University and Darebin. In 2008 after a great season, Sarah was the VWFL best and fairest runner up. She is a 7 time premiership player and has only missed 1 game in her career due to injury. Sarah began her career as a tagger, however, in more recent times has become a linch pin of the Falcons midfield. Aliesha began her footy career with Corio where she was a runner up best and fairest winner. She has been with the Falcons for 6 seasons and has won 5 premierships and in 2009 was the league leading goal kicker. She has represented Victoria on 2 occasions, the most recent being 2011. Her career highlight was kicking 12 goals in a game and also the premierships with the Falcon family. Alisha’s goal kicking ability and her celebrations endear her to everyone she plays with. 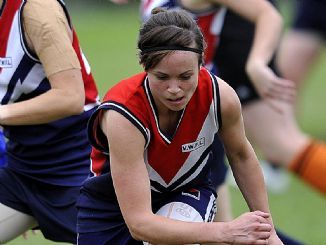 Daisy started her playing career with Bright Junior’s and has since joined the Falcons. In her short career Daisy has already represented Victoria 5 times, has been 5 time All Australian and once named the player of the national championships. Daisy has won 5 flags with the Falcons and won 3 club best and fairests. She is the current captain of the Falcons and has won the last 2 VWFL Helen Lambert medals. Daisy’s clean and stylish skills always shinewhen she plays.

The Darebin Falcons would like to wish Natalie, Sarah, Daisy, and Aliesha all the best for this weekend and congratulate them on some outstanding football achievements. I think that by reading the accomplishments of these players shows the depth and ability of the players at the Falcons. Good Luck girls.