The football journey started for Daisy like many young aspiring footballers, via the Auskick program.

She then went on to play, U13s and U15s for her club in Bright and finally to the VWFL, making her debut at the age of 16. From that moment on, Daisy has called Darebin home and in 2005, she received the VWFL’s Best First Year player award.

Since then Daisy’s hard-work, perseverance and talent have resulted in her receiving many of the game’s most esteemed awards. These include taking out the VWFL Best and Fairest (Helen Lambert Medal) in 2009, 2010, 2011, 2013 and 2014. She has been the Falcons captain since 2008, and has participated in every VWFL grand final since 2005, of which the Falcons have been victorious on seven occasions.

On the day Pearce was selected Number 1 by the Melbourne Demons and subsequently selected as their captain. Judged best on ground for the first exhibition match against the Western Bulldogs, Daisy has since gone on to captain her side in every game to date.

Daisy is a leader throughout all aspects of the club and the women’s game. She epitomises the values of the sports club, those of fairness, inclusiveness and sportsmanship, and leads by example.  Daisy is also a hard-working midwife and has been appointed an AFL Female ambassador. The Falcons congratulate Daisy on her wonderful career and wish her well in her 150th game. 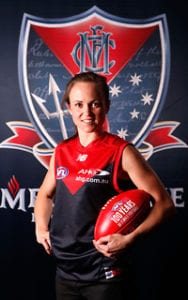 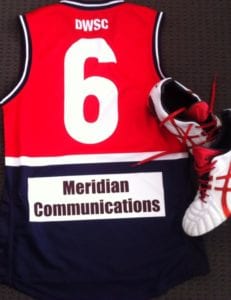